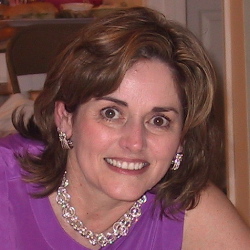 Joyce graduated from Little Flower High School for Girls in 1971, 1999 HR course. Joyce is married to a wonderful husband, friend and partner, Paul Jesko.  Joyce’s only son Jonathan is a student at Temple University. Paul has 18 grandchildren; they keep them both very busy.

Paul & Joyce own Cobra Wire & Cable, Inc. in Hatboro, Pa , which is an Independent Producer of Industrial Electric wire and cable. In 2005 they celebrated their 17th year in business.

Joyce’s family and extended family lives in Philadelphia, West Chester, Mountain Top, and Tenn. she is very active with all of her family members.  Joyce has been a board member for Laurel House, an abused shelter for women and their children. She has chaired and co-chaired their yearly fund-raiser Gala: These Gala’s has raised over $250,000.00 to date. During the weeks of Christmas Joyce helps Santa distribute the toys that she collects to the children at their Laurel House Christmas Party. She also reads the Night Before Christmas story to the children as they wait for Santa to arrive.

She is also the organizer and chair of the Cobra Wire’s Charity Golf Outing: 2002  will mark its sixth year in existence, and this event has raised over $60,000.00 to date.  Proceeds of which benefit the Laurel House and Fairy Godmothers of Pennsylvania.


Activities with Little Flower: Board member of the NBA Credit Union, located in Bristol, Pa. The board was instrumental in building a new facility costing 1.2 million dollars; the move took place Sept. 2, 2002

2001 to present Nominated for and won Pennsylvania’s Top 50 Women in Business.  This award was presented by then Governor Tom Ridge.